The close relation of Leadership to Parenthood might not come as a surprise to many. It’s therefore not a wonder that both leaders and parents have a similar natural response to crisis – both tend to lose focus on the essentials. Once after a few days of completion of a training session on life skills for Sr. Management at a government enterprise, I received a mail from a 60 year old lady   friend of a participant. The mail read as follows :

Good morning! Sorry for intruding on your busy time.

I work in a Govt. of India Enterprise, at Jamshedpur and got your reference from Dr. Smriti (name changed), who recently attended your course in Delhi. She was full of appreciation. I was wondering whether you can help me with my son.

I stay in Jamshedpur and I am giving below the condition of my son. Since there has been no improvement in my son even after our visit to NIMHANS, I want to have a different approach. Please   let me know if you can be of help to me.

1, My son who is 24 yrs. had dyslexia. Hence he got exemptions from languages. He got 67% in SSLC (boarding school) and just scraped through in PUC without studying anything. Tried doing BBM for three years and was not successful, and later an animation course. Right now, he is just     sitting at home without a job or education.

Your answer will help us a great deal. Pl. help us. We ourselves are going into a state of depression.

(p.s the names of people and places have been changed to respect confidentiality)

It was immediately evident to me that my client Kavita was facing a crisis in parenthood. At such junctures, any business leader is sure to come across the overwhelming task of restoring confidence and respect in leadership and business. Only then are they called upon to guide organizations through times of turbulence and uncertainty. The same became true for my client Kavita who was facing a crisis in parenthood.

Difficult times have an impact on all of us. They engulf companies and even entire industries without warning, and often with little time for evasive action. Even a good manager may not be able to prevent his company from being sucked into the crisis. But sometimes it is not just the problems

raging in the world outside that hit the company, but homemade difficulties, too. Under the impact of   a deteriorating operating climate, years of poor management and lack of focus, circumstances are suddenly transformed into full-blown and sometimes life-threatening crises.

At times like these, the behavior originally followed no longer seems good enough. People and organisations are looking for direction, and craving leadership. The urgency is demanded by the fact that if people don’t see the right actions coming, they tend to lose faith and start being counter- productive by their behavior.

The same was experienced by my friend Kavita, who felt the situation getting out of hand as is described by her following mail to me written after a month.

I know you could motivate my son. Please let me know whether some sort of a training could be given to him on a one to one basis. I know about the logistics problem. The maximum I can stay in Delhi is for 3-4 days in a Guest House. Can the interaction with my son be on skype? I have already apprised my son about your job profile.

I am giving below some instances of my son’s thought which could have been changed by a professional and where we were unsuccessful:

Some of the positive things are: he is not addicted to any drugs or alcohol; doesn’t go out of the house (to some extent, it is a disadvantage because he cannot mingle with others). Does not talk about family in front of others.

I know the list is too long. I just wanted to know if you can be of some help to us in a professional manner.

I appreciate your patience and with warm regards,

As was evident from her mails, I realized that Kavita was in need of coaching as much as was her son. I therefore continued to offer her my support through mails and made sure that she used and implemented the actions on her own without my direct intervention. This is advisable in parent-child relationship which is meant to be enabled from a long term perspective. In the Leader-subordinate relationship, the leader has an added advantage of utilizing expert intervention.

What would be your advise to the Leader in my client Kavita ? Here are snippets of what we would advise any leader facing similar challenges at work or at home.

The most convincing managers can be gauged not just by the success of their initiatives, but also by their ability to implement preventive and far-sighted strategies. As a mother, Kavita would benefit from detaching herself emotionally from her son to be able to think in favour of long term enablement. She needed to abandon her current anxieties to make way for a positive discussion with her son of the best the future could bring to all of them. This discussion should ideally end with setting up for mutually agreed, challenging and exciting goals for her son.

In times of uncertainty this becomes even more crucial. CEOs and senior executives, together with their top teams, as well as having the ability to establish a vision, must have a sense of how the organisation should get there. As a mother, my client needed to look for the right options. If her vision was to ‘correct’ her son’s behavior, it might lead her to look for stop-gap arrangements.

However, if she had gained an agreement for a more robust outcome, not guided by selfish, parent

favouring, outcomes, she would probably look for a changed environment for her son even if that meant letting him travel to a distant land in search of his passion.

There is a growing need for leaders with strong Emotional Intelligence. Low self-awareness is clearly counterproductive when it comes to effective leaders. In addition, no leader is good for all situations. Everybody has personal strengths and weaknesses. So when uncertainty is the only certainty, it is important to select a leader with a very good understanding of their own limitations so they know when to back their own judgement and when to seek counsel.

This might me the biggest challenge for a parent but to my pleasant surprise, my client Kavita had already started to overcome this by seeking advice of personnel outside her domain. All she now needed to do was to inculcate the empathy to see the world from her son’s eyes. Infact, by her last mail, I could figure out that her son was doing well in this section by making sure that he doesn’t deface the family in light of the crisis. This prompts a thought as to how many subordinates in the corporate world really desist from citing lack of leadership abilities of their bosses in the face of crisis.

Decision-making in times of crisis and rapid change

As to identifying the correct course of action, the only meaningful approach is to analyse the situation critically, taking a hard, objective look at the market situation and the competition. There may be little time available for an exhaustive appraisal – sometimes only a matter of days is available. So the assessment will be incomplete, but it must cover the essentials. That calls for a leader who is objective and willing to accept hard truths.

After a rapid appraisal of the situation, there must be immediate action, often involving dramatic measures. At this point, the true crisis manager gets to prove his worth. Many corporate leaders are well capable of analysing a crisis – often with the support of advisors – and of prescribing the necessary remedy for the ailing patient. Where they fail is in the attempt to put in place – often in the face of strong resistance – the necessary grass root changes. What is required is not the wanton destruction of traditional structures, but a rigorous commitment to purging the actual shortcomings revealed – even if this means substantial transfers, movement across levels or even job losses, all the way up to the executive suite.

As a responsible and caring mother, my client needed to look beyond acceptable society measures to more radical decisions. At the cost of sounding too preemptive, I would still suggest a mutually agreed cut down on home luxuries for the sake of looking out for a self-sustaining livelihood for her son. As most 24 year olds, Kavita’s son needed to feel the heat of not being able to stand up for his daily needs. Recollecting evidences of corruption from Kavita’s last mail, her son needed to stop throwing tantrums of sleeping till late to not helping out in daily chores. My instincts

told me that these instances are sure to multiply as long as Kavita continues to buckle under the pressures created by lack of focus on whether she should be a nice mother or a stern CEO ! The onus for the change lies as much with Kavita as it lay with her son.

I believe the role of one’s nurturing is pivotal in determining the kind of actions they are willing to take during turbulent times. Here the parent is definitely at a disadvantage as compared to a boss. In organisations, it is easier to choose the right person to be at the helm depending on the type to crisis or the type of team. The parent finds him/herself to be in a fix.

In effect, a crisis brings out the need for great personal judgement in balancing the tensions inherent in good leadership. In our experience there are five elements of leadership when balance must be shown, as indicated in the table below.

A Tight rope walk for a Leader facing turbulent times

A word of Caution against a ‘Half Hearted Approach’

In tough times, managers cannot please everyone. But if, at the end of the day, decisive crisis management can rescue a company, many more jobs will be saved than by half-hearted leadership,     that may well ease the symptoms of the crisis in the short term but is powerless to prevent the ultimate collapse of the business.

The Author is a 36 year old Delhi based facilitator of groups in the field of leadership and organization culture. He is a certified performance coach by the Institute of Leadership and Management, London. Known for his theatrical style of uncovering life issues, he has been actively facilitating the long term HR initiatives at many multinationals to enable future leaders 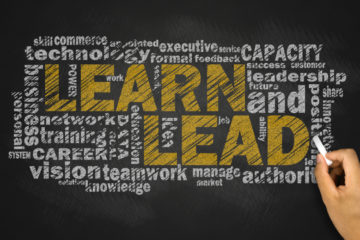 7 Tips to Improve your Self

Make your self-improvement efforts more successful with these strategies: 1. Have reasonable goals. Set self-improvement goals that you believe you can attain. You can always set bigger goals after you’ve experienced some success. 2. Have Read more…

How to Appear Confident When You Really Aren’t   No one feels confident all of the time, but sometimes you need to appear confident. You might be on a date, have a job interview, or Read more…